OCO-2 flies in a near-polar orbit, thus enabling it to observe most of the Earth's surface at least once every sixteen days. Since the abundance of carbon dioxide (CO2) in the atmosphere varies with the time of day and season, OCO-2 measurements record changes in CO2 over yearly and seasonal cycles within each year. To remove the effect of changes in CO2 abundances each day and discriminate between seasonal variations and long term changes, OCO-2 acquires measurements in the sun-synchronous orbit. This means that OCO-2 measures carbon dioxide over a given point on Earth’s surface at the same local mean solar time.

The Observatory flies with a series of other Earth orbiting satellites, known as the Earth Observing System Afternoon Constellation or the A-train. These satellites all cross the equator at approximately noontime, a few minutes apart from each other. 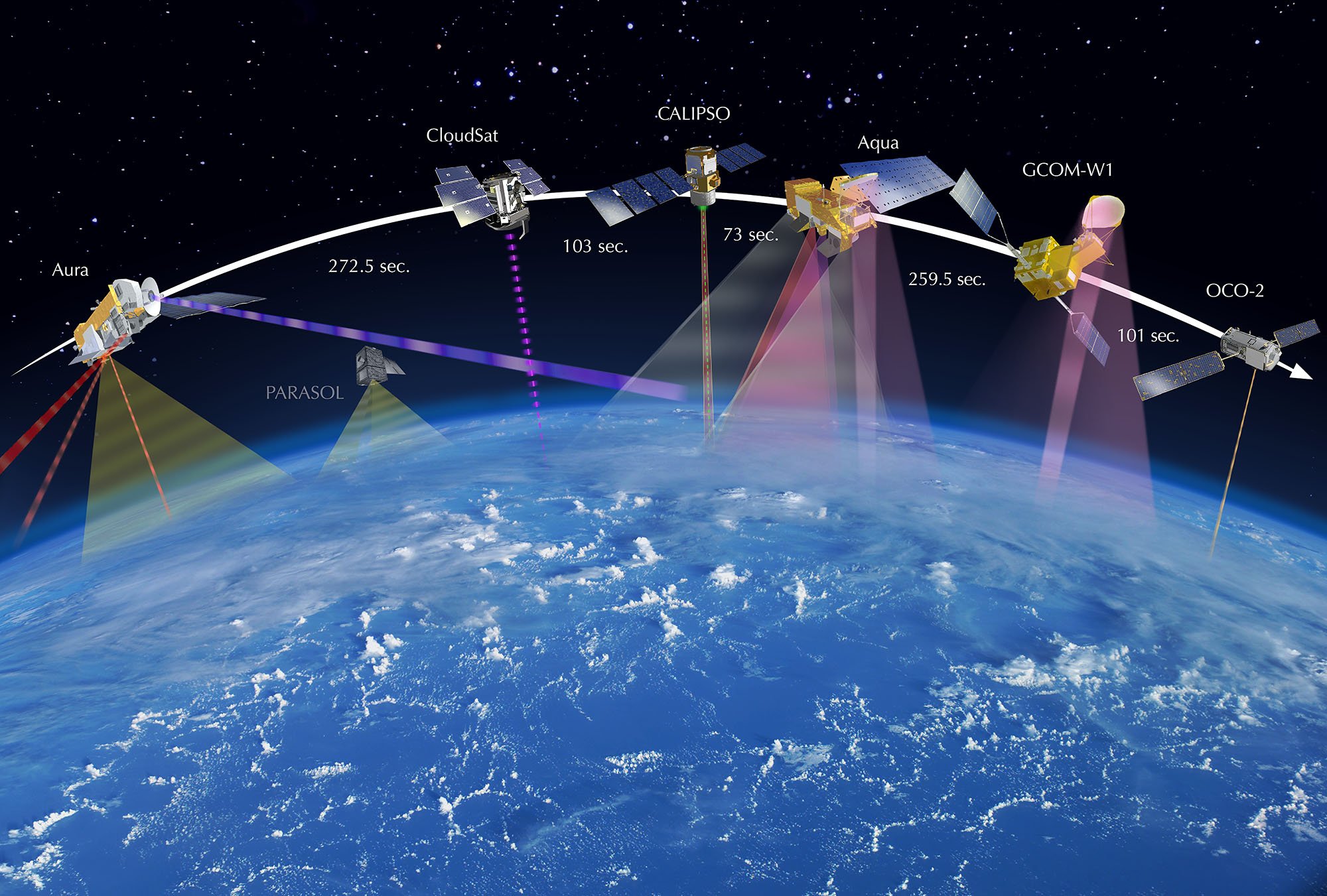 This coordinated flight formation enables researchers to correlate OCO-2 data with data acquired by other instruments onboard Earth observing spacecrafts, such as the Atmospheric Infrared Sounder (AIRS) instrument, which flies on the Earth Observing System Aqua platform and the Tropospheric Emission Spectrometer (TES), which flies on the Earth Observing System Aura.
To provide the mission with additional flexibility, the Observatory acquires data in three different measurement modes. In Nadir Mode, the instrument views the ground directly below the spacecraft. In Glint Mode, the instrument tracks near the location where sunlight is directly reflected on the Earth's surface. Glint Mode enhances the instrument's ability to acquire highly accurate measurements, particularly over the ocean. In Target Mode, the instrument views a specified surface target continuously as the satellite passes overhead. Target Mode provides the capability to collect a large number of measurements over sites where alternative ground-based and airborne-instruments also measure atmospheric CO2. The OCO-2 Science Team compares Target Mode measurements with those acquired by ground-based (e.g., from the Total Carbon Column Observing Network (TCCON)) and airborne-instruments to calibrate the OCO-2 instrument and validate mission data.