The Delta II is part of a launch vehicle family that first entered service in 1989 and has recorded well over 140 successful launches to date. The Delta II was also selected to place a number of other Earth-orbiting satellites into orbit including SMAP (Soil Moisture Active Passive) mission and ICESat-2.

Delta rockets have been carrying NASA spacecraft aloft since the 1960s. You can share in the excitement of the live countdown via NASA TV or the Web. Coverage usually begins two hours prior to liftoff, and you can use the countdown events below to track the prelaunch milestones and learn about the Delta II Countdown process. 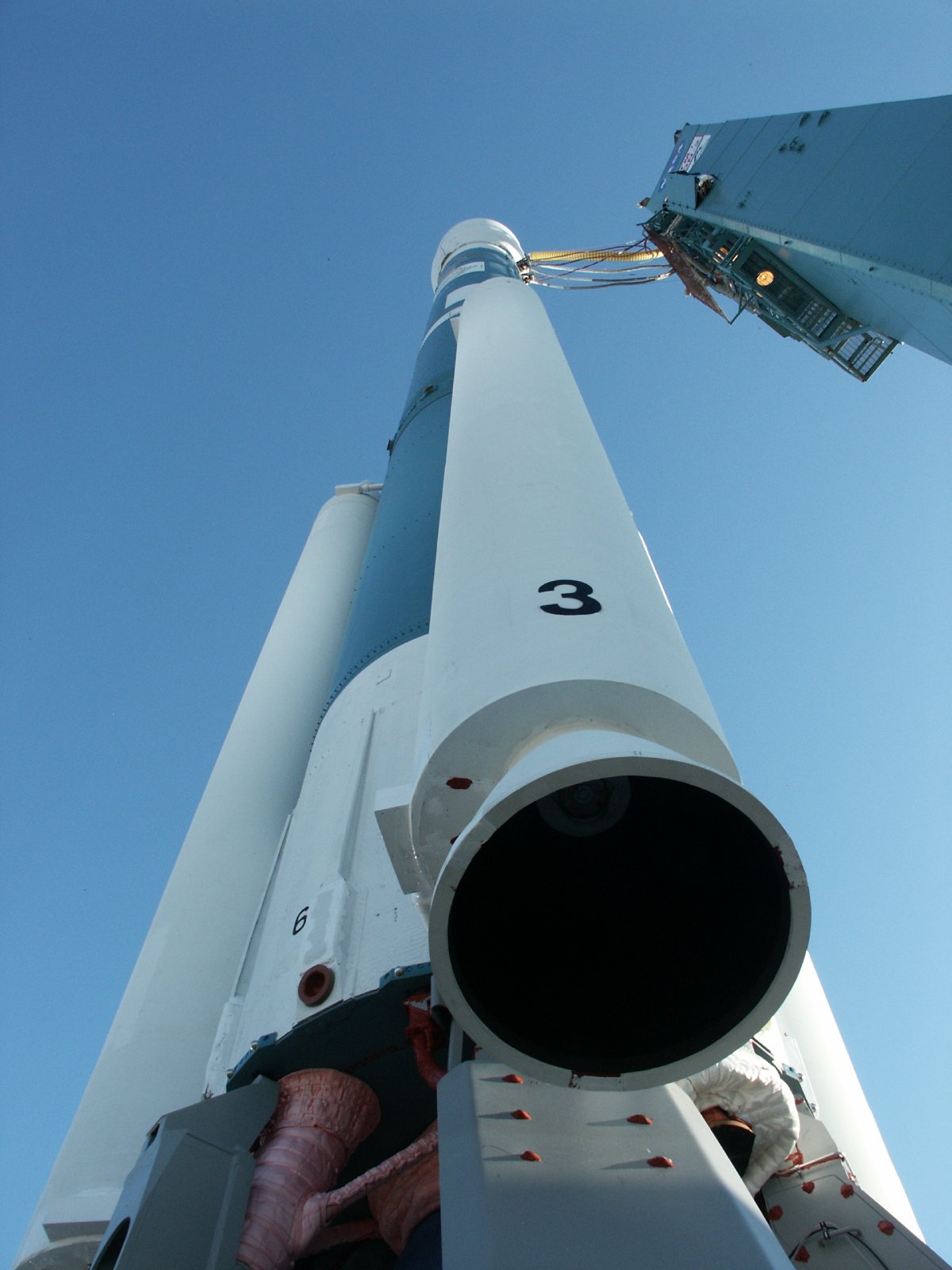 A view of the Delta II 7320-10C launch vehicle looking into the nozzle end of one of the three GEM (Graphite Epoxy Motors) that serve to double the thrust of the rocket to more than 500,000 lbf. Photo courtesy of Steve Greenburg.